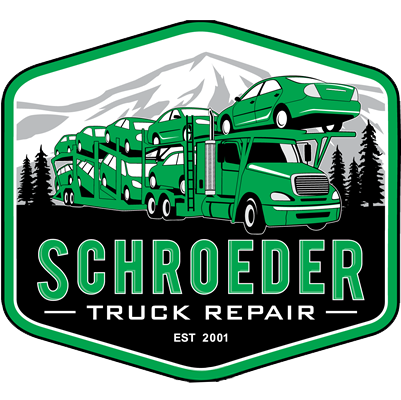 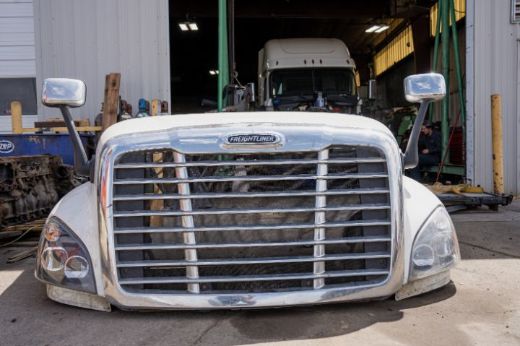 Do you find yourself topping up your truck's oil more frequently? If so, there is a good chance that your diesel engine has an oil leak. Low oil levels may cause engine corrosion, resulting in diesel engine failure, making this a serious issue. The consequences might be disastrous if your engine fails while you're driving. The ideal situation would be that you would need to contact a tow truck and waste precious driving time. In the worst case, an accident can result from your Freightliner truck breaking down in the middle of the road. Check your piston rings and cylinder liner to discover if they're the source of the oil leak to prevent diesel engine failure. Repair or replace the problematic component as soon as you can.

As a diesel truck driver, you know how often you typically need to fill your tank and how much diesel fuel costs on average. You also know how far you can go on a single tank. Your Freightliner truck could be on the verge of a diesel engine breakdown if you often stop to fill up with diesel and spend a lot more on fuel. Fuel injectors or rings that are worn out or broken might lead to poor fuel efficiency.

Extra diesel that leaks into the chamber due to malfunctioning fuel injectors might result in various engine issues. These issues may eventually lead to a total diesel engine breakdown if they are not addressed. To prevent a severe breakdown, you should immediately get those worn-out and broken fuel injectors and rings fixed.

You are aware of the sound that your diesel engine should make while it is operating. It's impossible to miss the lovely sound of your engine firing up, followed by a steady hum. If additional noises appear in the mix, your diesel engine may be having severe issues. Engine banging may indicate contaminated oil or problems with the timing of the ignition.

Additionally, worn piston skirts, broken liner seals, and main bearing issues are usually to blame. The main or rod bearing may be worn out if your diesel engine generates a clunking noise. A tapping sound may warn that the engine's valve clearances have lost their average clearance, while a pinging sound can suggest leaky injectors. If a diesel technician does not fix the issues causing these sounds in your diesel engine, they might be severe and result in complete engine failure.

If the diesel engine fails, your Freightliner truck could struggle to accelerate and decelerate. Your diesel engine is experiencing issues and needs to be fixed by a diesel technician if you notice that your engine brake is not slowing down your diesel truck as quickly as it should be. You risk total diesel engine failure and endangering other drivers' safety if you don't swiftly fix the issue.

An obvious indicator of approaching diesel engine failure is a lack of engine power. How efficiently can your semi-truck move bulky loads? How much time does it take to become proficient? Diesel engines needing repair lack the power necessary to accelerate quickly or pull big loads. Loss of cylinder compression, which happens when piston rings, valves, head gaskets, and associated components deteriorate, is most likely causing this problem. Your diesel truck's engine may stop working if these issues and power loss persist. As soon as you detect a lack of power, get your engine inspected by a diesel technician to prevent engine failure.

Problems with starting the engine

Low compression is only one of several potential problems that might be present when your diesel Freightliner truck keeps cranking and won't start. For a diesel engine to start and operate, proper compression and combustion are required; the engine must have the appropriate pressure to trigger the combustion. The diesel engine will start appropriately with this pressure. When the combustion chamber's parts deteriorate, the engine cannot produce the required compression. The piston, rings, valves, cylinder liners, etc. are some of these parts.

Blue smoke is coming from your diesel engine

Blue smoke indicates that your diesel engine is consuming its own oil. This could happen due to an oil leak, a chamber with too much oil, or a worn cylinder. A serious issue with your diesel engine is indicated if your Freightliner truck often emits blue smoke. If left unattended, this condition will exacerbate other issues and finally result in engine failure. Ask a diesel technician to investigate the issue so that any leaks or cylinder problems may be fixed before they worsen.

Even after turning off your diesel engine, it continues to run

Oil mist may enter the combustion chamber via worn pistons, rings, etc., enabling the engine to continue running by burning the mist until it runs out of fuel. If your turbocharger malfunctions, oil may also enter the combustion chamber, providing the diesel engine with enough fuel to operate until it ultimately catches fire and explodes. If your diesel engine doesn't shut off after rotating a few times, you should exercise extreme caution since a runaway diesel engine may be quite hazardous.

If you are facing one or more of these issues in the Freightliner truck, you should go ahead with engine repairs as soon as possible. Then you can save a considerable amount of money on a complete engine overhaul or replacement.

Visit us in person or get in touch. We're open Monday to Saturday, 7AM-5PM. Or click here to schedule a service.